I’m delighted to share here an unsolicited note from one of the Co-Intelligence Institute’s most active associates, a close colleague and friend of mine, Manju Lyn Bazzell. Then I briefly share some of the most exciting 2014 news about my and the CII’s activities in 2014 and ask your support for our 2015 creative adventures and contributions to future generations. 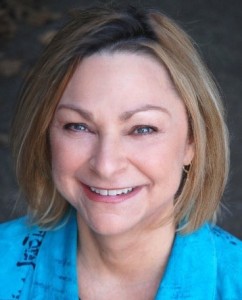 Dear Friends of the Co-Intelligence Institute,

I asked Tom Atlee if I could write the introduction to his fundraising letter because the Co-Intelligence Institute has, in my opinion, the capacity to continue making a huge difference in our world and relatively few people even know about its efforts.

I am a huge fan of Tom’s work through the CII. He continues to show up with more empathy, more urgency and – though he would never say this – more courage every single year. His work ethic is unparalleled and his contributions make a difference in the fields of dialogue and deliberation, climate change, social justice, and self-governance. I served on Tom’s board for 7 years and even though I am no longer a board member, we are in close touch and I see how his generosity as a thinking partner for some of the most exciting initiatives being birthed right now is making a difference to so many. People are literally thinking and feeling bigger and broader because of the questions and wisdom he brings to the conversation. I get to watch the birth and expansion of co-intelligence over and over again.

Perhaps what I most want to communicate is that I see the work of the Co-Intelligence Institute as the foundation for essential experiments, conversations, and collaborations that are of utmost importance even though that work is not necessarily sexy or packaged for broad consumption. 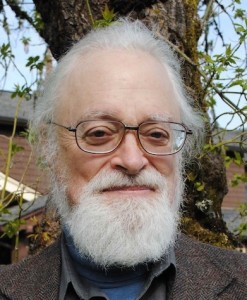 The future we share with our grandchildren is being co-created now by everything we do. Climate, justice, self-government are just three of the meta-issues through which we will shape the lives of tomorrow.

How shall we live into them – and through them – with wisdom and grace? That is the inquiry we live in the Co-Intelligence Institute every day.

What a year this has been, living into that inquiry! Ideas birthed and promoted by the Co-Intelligence Institute have been spreading and having more impact even as they continue to evolve with our maturing understanding.

* EMPATHY: As part of my receiving the 2014 Credere award for “empathic individualism”, I gave a talk on “Big Empathy: Creating a Wise Democracy and a Caring Economy”.  Big Empathy is a challenging new theory whose early traces appear on my blog but whose development has been spurred on by the prospective award. Big Empathy involves expanding who and what we feel empathy for, becoming more skilled at how we manifest our empathy, and embedding empathic dynamics into our social systems. More on that soon…

* PUBLICATIONS: Two major alternative publications solicited long articles from me – one on collective intelligence for Spanda Journal and one on polarization for the Integral Leadership Review, both to be published by early next year. These extensive essays are the most thorough treatments of these subjects I’ve ever done, and I’ve been involved in a number of generative conversations exploring these ideas further.

* BLOGS AND PODCAST INTERVIEWS: My ideas on evolutionary activism have been picked up by several blogs, including the Pachamama Alliance and Truthseekers – and I was interviewed in podcasts by Sheri Herndon (here) and Michael Dowd (Dowd’s to be available in January).

* COMMUNITY WISDOM COUNCIL: I worked with the Center for Wise Democracy and activists in Asheville North Carolina to convene the second Community Wisdom Council ever held in the U.S., which got great local press coverage. Local activists and facilitators are planning further Community Wisdom Councils and other co-intelligent public engagements. Local videographers and a film team making a documentary about collective intelligence filmed the entire process plus interviews with local participants, activists, and thought leaders, which are planned to be used to promote Community Wisdom Councils in other communities.

* CITIZEN INITIATIVE REVIEWS: The first official citizen deliberative council in the U.S. – Oregon’s Citizen Initiative Review (CIR) – was initially established during 2007-2011 thanks to work by former CII president Elliot Shuford, political reform activist Tyrone Reitman, and Citizen Jury creator Ned Crosby and his wife Pat Benn. Randomly selected official Oregon CIRs have reviewed six state ballot initiatives, including two for the November 2014 election. This democratic innovation – which is evolving in directions I love! – has now spread to Colorado and Arizona – and in May 2014 the first ever local CIR was held in Jackson County, Oregon with the help of our leading CII associate Manju Lyn Bazzell.

* DIALOGUE AND DELIBERATION: In October I submitted a passionate note to the National Coalition for Dialogue and Deliberation‘s online discussion forum (see “NCDD as a transformational learning community” in the links at https://bitly.com/bundles/tomatlee/3). It generated dozens of responses and triggered two new initiatives – one exploring the role of dialogue and deliberation in addressing today’s most major challenges (which you can join on Dec 15 here) and the other designed to stimulate innovations and collaborations to upgrade democracy (still under development). At October’s NCDD conference I also co-convened a successful session about little-known methods that could profoundly and positively impact the evolution of democracy.

* CLIMATE: The Great March for Climate Action completed its 3000 mile trek, arriving in DC November 1 (video here). Co-intelligence Institute board member John Abbe is returning from marching ready to undertake further climate action and co-intelligence and social justice initiatives. Recognizing the profound implications of the climate crisis for virtually every other issue, I joined the March for several days in Denver and have been blogging about climate challenges all year.  Today I have been silent in support of an 11 year old climate activist who has been silent for a month and a half to stimulate climate action.

* TRANSPARTISANSHIP and RANDOM SELECTION – So much of our work at the Co-Intelligence Institute involves learning how to use our differences creatively. Along these lines, we’ve engaged intensively with a number of transpartisan activists who are developing programs to shift U.S. political culture during the 2016 presidential election season. Thanks to connections I made at the NCDD conference, transpartisans are seriously considering a U.S. version of Canada’s “People’s Verdict” initiative undertaken by Maclean’s magazine in 1991, about which I have been so enthusiastic for so long.  (I also highly recommend the book You’re Not as Crazy as I Thought but You’re Still Wrong – remarkable conversations between a staunch liberal and a religious conservative, both of whom I talked with productively at the NCDD conference.)  I’ve also continued researching the use of random selection in politics – not only to help generate a wise voice of We the People, but to intervene powerfully in the dynamics of political corruption.

* UNIVERSAL NEEDS: Underneath our many differences in conflicts and politics lies the realm of values, needs, spirit, and life energy, much of which we have in common. We in the Co-Intelligence Institute have been exploring in more depth how to understand these realms and how to tap them for co-creating conditions and futures that better serve us all. My post on “The co-intelligent satisfaction of needs” triggered correspondence with experts in these fields that is stimulating further original research and writing to support using our differences creatively.

YOUR SUPPORT: Your support is essential in helping us continue this leading-edge research, writing, innovation, and collaboration. We simply cannot do it without you.

We need to raise $20,000 to support our next six months of work. We intentionally avoided the noise around Black Friday, Cyber Monday, and Giving Tuesday. Please be as generous as you can. Your donation is fully tax-deductible in the U.S.